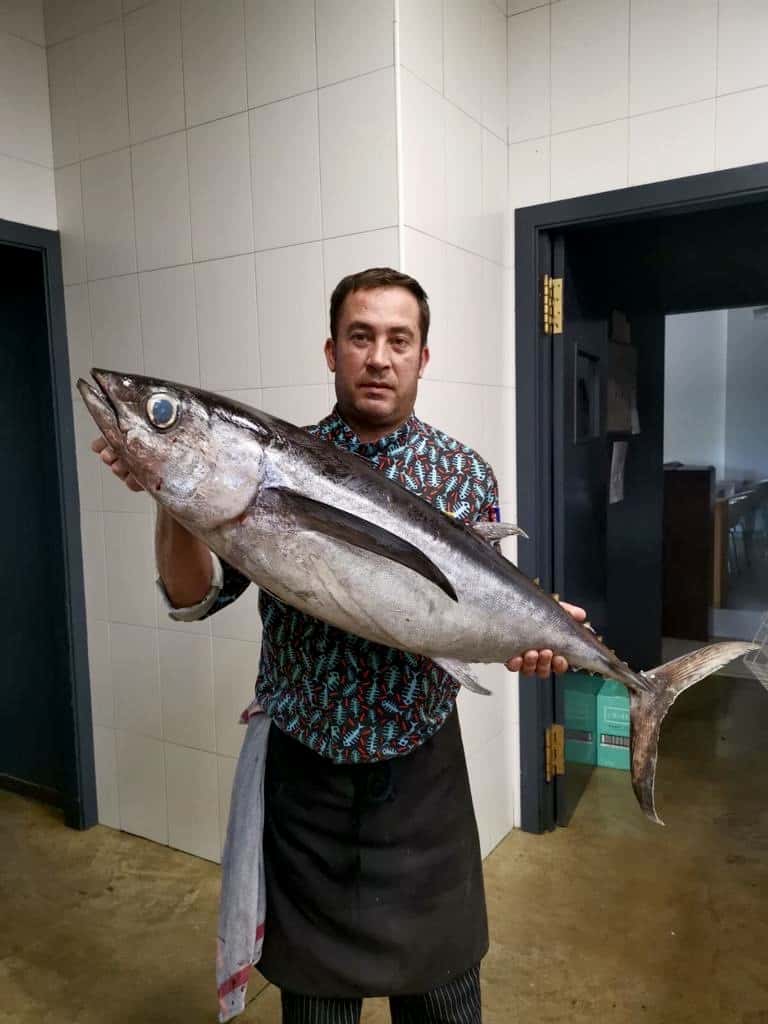 Xavier Carbonell is the chef and engine of the project “La Vinya del Mar” in Vilafranca del Penedès.

After many years carving out the path to success behind great restaurants, in 2016 he decided to launch the restaurant named “La Vinya del Mar” in order to approach the maritime cuisine to Vilafranca del Penedès, the heart of the Penedès Wine Region. His father, with a large culinary tradition too, could not miss the chance to experience it at the forefront.

Xavi, a fully passionate cooker, works the product with humility and respect for the earth and the sea. Two different world merged in a restaurant where the product becomes the protagonist.

“Just a few know it, but Xavi has been carving out various successful paths behind great restaurants.“
Pere-Miquel Uroz Conesa – Gastronomic Journalist

On your table you will always find the freshest ingredients. From the prawns from Vilanova to the fresh vegetables grown by local farmers.

We search and call for quality throughout our whole gastronomic offer. We bring to the table the very best from earth and sea.

From the kitchen of our restaurant we work with care and respect for the product, for people and for the environment.

It is important for foreigners to know that this is a traditional restaurant. Hence, you will only find local food.

Definitely, what lights up our restaurant in Vilafranca del Penedès is our passion for maritime cuisine.

We deal with clients from the deepest respect and we look forward to satisfying all their needs so that they feel like home.

Where are we located?